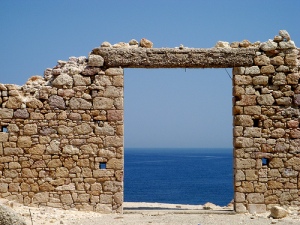 under cc license from Chris Goldberg

She was the one who had been curious about what was on the other side of the curtain. He tried dissuading her but she had convinced him that a little peek wouldn’t hurt. Bah! He knew better. He had seen the giant hands grabbing her.

Now they were coming for him. He wanted to tell them it wasn’t his time but they didn’t seem to be listening to him. The fight was draining his energies and he let them pull his body towards them.

The bright light blinded him and he let his voice join his new-born sister’s cries.